PACTOR-III is an adaptive transmission mode that provides higher throughput and improved robustness compared to PACTOR-I and II, both designed for operation within a bandwidth of 500 Hz. To achieve the improved features, PACTOR-III uses up to a maximum of 18 tones spaced 120 Hz, thus occupying a maximum bandwidth of 2160 Hz. Six Speed Levels (SL) are specified, which are predefined combinations of modulation type (DBPSK or DQPSK), channel coding and number of tones (2, 6, 14, 16, or 18) as well as positions of tones. For all Speed Levels, the modulation rate of each tone is 100 Baud. 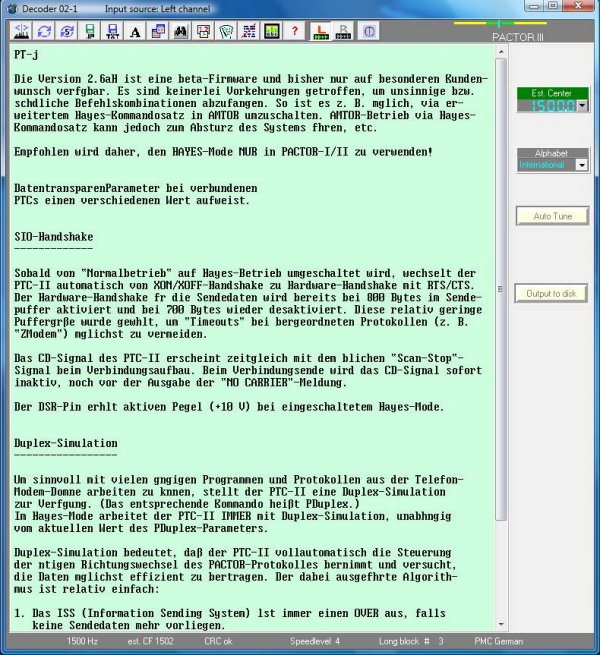